Publicity stunts are amazing for businesses. These planned events generate free press coverage, allow companies to relate to their customers and provide an image of the business that maybe consumers haven’t seen before. But, publicity stunts can go horribly wrong. And if you’re looking to promote your business, you certainly don’t want it to go horribly wrong. So, here are some of the best publicity stunts we’ve ever seen to give you inspiration - and some of the worst so you don’t repeat their mistakes!

In 2019, mobile phone company Visible rolled out an advert across America intended to offer ‘Unlimited messages, minutes, and data.’ Unfortunately, though, there was a typo in every single one of their ads, so instead of offering ‘unlimited messages’, Visible were actually advertising ‘unlimited massages.’ After the mistake circled on social media, rather than taking down all the adverts, Visible took their error in their stride. They hired masseuses and pop-up massage stands so they could offer free massages to passersby. Adding a funny twist to their mistake and creating a fun reputation around the brand made for the perfect, if accidental, publicity stunt¹.

In 2016, fast food chain KFC (Kentucky Fried Chicken) became the first restaurant to create a logo that can be seen from space. Laid in Nevada, the logo was hand made from coloured to recreate one of Earth’s most recognisable images. Of course, no one on Earth could see it properly - not even from a plane - but it was Google Maps that put this publicity stunt, quite literally, on the map. They used their satellite imagery to add the beaming face of the Colonel to their map of the Earth and its corresponding Google Sightseeing Blog. This successful publicity stunt generated the business a lot of attention, with a number of news outlets mentioning the out-of-this-world advertisement.

For a festive publicity stunt to warm hearts, in 2013 Canadian airline WestJet asked children to share their wish lists with a virtual Santa as they waited for their flights. Tirelessly, the WestJet staff worked behind the scenes to create a true Christmas miracle. By the time these passengers landed in their destination, their Christmas wish lists had been made a reality and were waiting for them in their landing airport. This set-up was done in both the Toronto and Hamilton, Ontario airports, and cameras were set up to catch the whole thing for their touching video released later.

This fast food chain wanted to show their support for International Women’s Day in 2019, and all it took was a simple change to make a huge impact. McDonald’s flipped their iconic arched ‘M’ logo upside down to show support for the women of the world. The reaction was almost comical. Many people thought it was a prank, and their speculation led to this low-cost publicity stunt garnering shocking amounts of attention on the news and social media. Although some people thought their antics overlooked the deeper meanings of the global holiday, this stunt opened many conversations about gender bias and allowed the company to express its stance on equality.

Yes, THE Hollywood Sign! The famous symbol of glamour and stardom was one of the earliest publicity stunts that, funnily enough, had nothing to do with movies. Constructed in 1923, the Hollywood Sign originally read Hollywoodland, and was created by a real estate developer trying to encourage interest in a new suburb of the same name. With letters almost 50 feet high and bright lights to illuminate the ad, it was unmissable, and the suburb flourished. The ‘land’ may have been removed from the sign in 1949 to represent the growing entertainment business², but the suburb of Hollywoodland can still be found to this day as, of course, can the iconic sign, which receives over 45 millions visitors each year³.

Greggs are getting quite the reputation for their marketing stunts, and their 2019 attempt was probably their best yet. Veganism took off in a way none could have foreseen that year, and the bakery chain didn’t want to be left behind. So, they launched their vegan sausage roll. Sent in shamelessly deluxe packaging to influencers and journalists, their meat-free take on the classic pastry caused a storm on social media. People were questioning if a vegan sausage roll tasting exactly the same as the original was possible and, naturally, there was a rush to find out. Their sardonic humour on social media further pushed this stunt to popularity, and the vegan sausage roll remains a favourite among Greggs fans in the 2020’s.

Retail company Build-A-Bear Workshop had a seemingly amazing publicity stunt, which they called ‘Pay Your Age.’ The idea was that children who were buying bears in stores that day would only have to pay the same amount of money as their age. For example, if a child was five years old, their bear would only cost them £5. This concept was introduced in both the U.K. and the U.S., but Build-A-Bear were unprepared for their little stunt going viral. More than half a million people turned out at their stores, many queuing for over 8 hours⁴! The only logical solution Build-A-Bear could reach was to turn all new customers away with a £15 voucher. Of course, this tarnished their reputation for many customers, but Build-A-Bear managed to bounce back in 2020 by offering the Pay Your Age scheme with rules and limited availability.

All the way back in 1996 (on April Fools day, no less) Taco Bell pulled a prank/publicity stunt that people still hear about to this day. The fast-food chain submitted press releases stating that they had bought the Liberty Bell, an iconic symbol of American independence. Naturally, there was national outrage - a Mexican restaurant buying America’s symbol of freedom?! Of course, they hadn’t really bought it, but the outrageous stunt earned them around $25 million worth of advertising⁵. Although it’s definitely not the worst publicity stunt we’ve ever seen, many people were angry with Taco Bell for taking their symbol of freedom and were unlikely to eat there for a while after that.

Way back in 2005, Snapple were aiming big in their attempt to get into the Guinness Book of World Records. The beverage company was hoping to take over the title of ‘The World’s Largest Popsicle’, and they decided to do so slap bang in the middle of New York City. The popsicle weighed 35,000 pounds and stood 25 feet tall - as opposed to the record holder of 20,000 pounds and 21 feet⁶ - and was transported to Union Square to be stood proud and upright. Unfortunately, this was New York’s first official day of summer, and it didn’t take long for the ‘Snapsicle’ to start getting a little runny. By midday, it was almost completely melted, and the fire department had to close off several streets while they cleared them of the sticky liquid.

Lifelock, an identity theft prevention company, certainly had some bold ideas when they pulled this stunt in 2006. Todd Davis, the CEO of Lifelock, had the bright idea of posting his real social security number in an ad plastered on billboards, shouted in streets and flashing up on TVs across America. The idea was that Lifelock’s service would protect his identity and stop anyone from stealing his information. Although it may have seemed to work at the time, Davis revealed a few years later that there were in fact 87 attempts to steal his identity when those adverts were up, and 13 of them were successful. The big kicker though? In 2010, Lifelock was fined $12 million by the Federal Trade Commission for deceptive advertising. 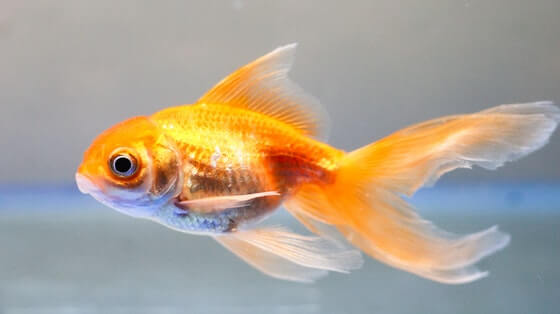 Of all the political publicity stunts, this one may be the oddest. In 2011, the South Australian Government approved a promotion for Advantage SA’s recent tour. Their promotion idea was to send out 55 goldfish to big media executives in fish bowls signed with the line: ‘Be a big fish in a small pond and come and test the water.’ Unfortunately, although they were fed well, none of the 55 goldfish survived the trip. The bad condition of the water caused them all to perish in transit, meaning several media executives received fish bowls filled with dead fish as encouragement to visit South Australia.

The American Department of Defence

We’re finishing with another stirring political publicity stunt from the American government that occurred in 2009. To promote the Air Force, the American Department of Defence allowed a Boeing 747 to circle extremely low around Ground Zero, the part of Manhattan that was hit in the 9/11 terror attack. Accompanying the Boeing were two fighter jets, which allowed the Air Force to snap some promotional photographs. Unfortunately, since the flight was unannounced, these planes did not go unnoticed, and panic ensued. People feared that another terror attack was taking place, and some buildings in Manhattan were even forced to evacuate. There was outrage when the public discovered their own government had scared them so, and the White House issued a formal apology.

How To Do Your Publicity Stunts Right

As we’ve seen, publicity stunts can be tricky things to pull off. If you do it right, great! If you do it wrong, it's not so great. Of course, there’s much to be said for the classic high quality poster printing or social media campaign approaches to advertisements. However, if you want to try something a little new for your next business announcement, make sure you take your inspiration from the best publicity stunts!

Which do you think are the best publicity stunts? Let us know in the comments below!