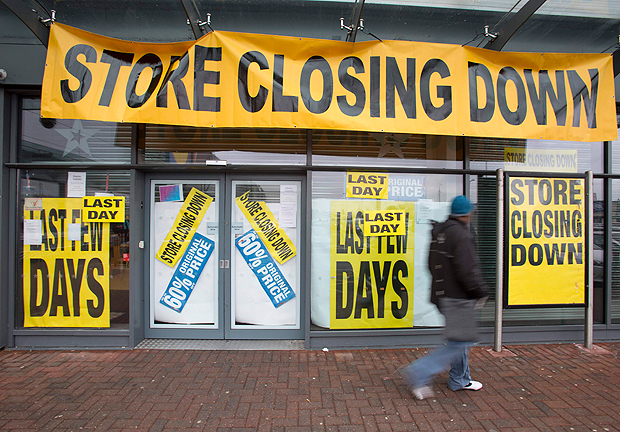 Pop up shops are a business model that, some say, has the ability to save the high street. With their fresh look, printed banners and great products, the pop up shop has been a welcome, albeit temporary addition to the high street.

Who can deny how different towns and cities look in 2015? At the turn of the 21st century, towns and cities were busy, thriving places. Shops were doing well, the economy was buoyant but, the economic down turn, on a global scale, around 2008 saw many well-known companies and retailers hit the wall.

Woolworths opened its first store in England in 1909, only for it to be the first casualty of the 2008 recession. Surviving and trading through two world wars, it seemed for many people that if a giant concern such as Woolworths could not weather the storm, how on earth could independent retailers survive on the high street?

As retailers closed or shaved back their operations shops became vacant on the high street; at one time, they would have been snapped up but many still lie vacant, falling in to disrepair.

The high street in some well-known and thriving towns and cities seem like baron places; even the likes of well-heeled cities such as Bath are not immune.

Every fledgling business will know that the issue lay in money.

Hard to come by for many a new business, their budgets tend to be in areas of marketing; add the pressure of rent, business rates, insurances etc. and the financial burden of opening a high street store seems too big a burden to face. After all, you don’t pay monthly rate and massive business rates online, do you?

Pop up shops – popular and revitalising

But, rather than seeing the high street has running to rack and ruin, some say that this could revitalise the towns and city centres, with the pop up shop at its heart…

Exchanging goods and services, not debt – the issue behind many a failing business is the gargantuan debts they trade on an annual basis. The high street became about  profit but, they came with a cost. As the financial times hit leaner patches, larger businesses were unable to carry on trading, simply because they were up against the wall as it was;  there was no spare capacity. Pop up shops are a simpler, far less complex model. The profits pay the rent (if they are being charged any), they pay the business rates (hopefully with  relief for the time they occupy the store) and they open their doors. People buy the goods. The selling is about the customer, not just the product.

Adaptable – others say pop up shops are successful because they are adaptable and flexible, unlike high street retailers. At one time, if you needed something, you went to a shop…  now, you can surf the web, research the product and the price, scour the high street and still buy the product from the other side of the world, for a cheaper price in some cases. The  high street became imbalanced.

Retail commerce – 50 years ago the high street was about trade. You went to buy things from shoes to food, to clothing. It is no longer just that or, as experts suggest, it shouldn’t  be. The town or city centre should be about events, socialising and mingling. Pop up shops run along these lines as they are not just about selling. Some pop up shops retailers have  been about creating events; late night opening, with a difference. Craft pop up stores have been encouraging people to come and meet the producer, bring their own, enjoy a coffee and a chat. It has been a social experience, rather than about making money.

Not all doom and gloom – high street trading has been tough; well-known names have disappeared such as HMV, Comet, Jessops and many, many more but, in the gloom there is a ray of light. The number of start-ups in the UK is growing year on year. Those big retailers that are left need these smaller businesses, as much as we need them. Many retail experts suggest that these big names need to be helping out the smaller businesses. After all, pop up shops and the like are the businesses that hold the key to keeping the high street going. We all know that if we need a something ASAP that Argos will have it, but when we want something different, there is far less choice. Small business are the life blood of the economy and pop up shops can be the rejuvenating force on the high street.

Imagine a busy, thriving high street, full of people, events and action… it can happen!