How to do Large Format Print 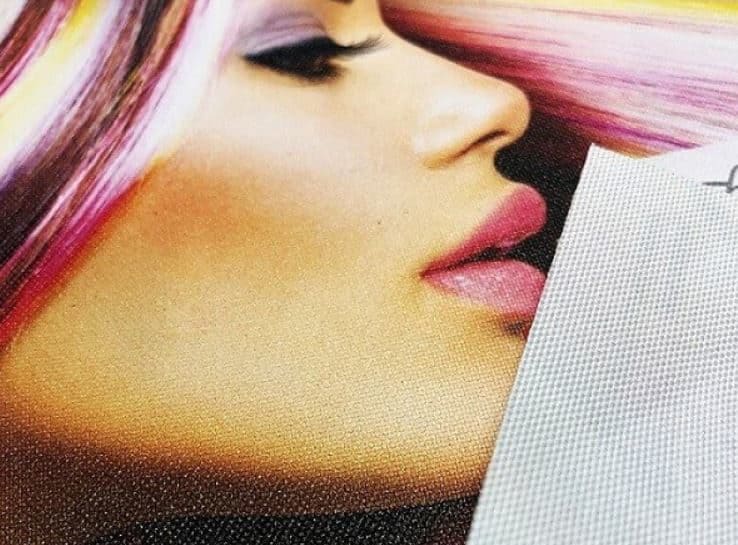 How to do Large Format Print

If you’re using a big canvas in a big space to communicate your message you’d think that it’s all about making a big statement.

But this isn’t always the case.

Although this has as much to do with your brand and the message you’re trying to communicate.

When it comes to saying something using large format print, the message is often only part of the equation.

Where is the large format print going?

Knowing where your print is going is super important.

If you’re planning on creating a canvas or canvases for a seminar hall, what’s the decor like? Are the walls panelled? If so, with what?

What colour are the chairs?

This stuff really matters. The last thing you want is to have to rush a reprint because your original design clashes with the walls and is an eyesore rather than a positive attention grabber.

Where your print ends up can also change the tone of the room too. Too dark and it sucks the light out of the room. Too bright and it’ll pull focus.

However, if you put a vivid display in a grey room with leather seats then all of a sudden the room shifts. It feels premium and considered.

Equally if you make an external PVC banner with a sky blue background it’s going to look lost against the skyline - unless it’s a miserable day.

But you get the point, the locale of your printed material is as important as what’s on it.

How do I choose the material?

Choosing the material can have a real impact. In some cases you won’t have a choice. Billboard signage is made from paper, exterior banners are made from PVC or similar.

However, when you have a choice, make it carefully. Just because you can print on canvas doesn’t mean you should. Equally does Foamex send the right message?

Choosing the right material doesn’t just impact on the space, it informs the design.

A design that works on Foamex may not work on canvas. Or change that canvas to wood, or metal and and suddenly the tone or your message changes.

There’s also no rule that says your design has to exist in two-dimensions. Materials like Dibond give you tremendous opportunity to have fun with your design.

What message for large format print?

When Apple launched the iPod and iTunes on an unsuspecting world in 2001 they did so using billboards that literally erupted with album covers.

They broke all the conventional rules for billboard advertising to communicate that the iPod could hold thousands of your favourite songs.

They recognised that they had only a few seconds to grab a driver’s attention and communicate their powerful message.

Moreover, they did it with two words and a symbol. iPod + iTunes.

If you didn’t know what they were talking about then their revolutionary MP3 player wasn’t for you.

Figuring out what you want to say and saying it as efficiently as possible is the fertile soil from which great design grows.

Granted there aren’t many companies who can match Apple’s marketing budget but you don’t need a marketing budget in the millions – or even thousands – of pounds a month to distil your key message to either a simple statement or great design.

What would you say to a room (or a world) full of prospects if you only had a few seconds to do it?

Whatever the answer, that’s the beginning of your design.

They drown out your message, so you never get heard.

Consider the things we’ve outlined, and you may find you have a whole new perspective on both your project and you messaging as a whole.

Don’t forget, we’re here to help so contact us today to speak to one of the design teams or get a quote for your print job today.