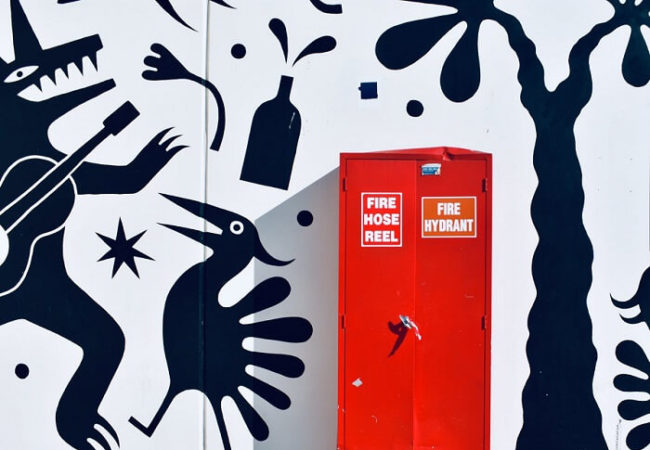 Guerrilla marketing is a method of advertising goods or
services that aims to disrupt traditional methods and turn them on their ear!
By using this alternative to traditional marketing, companies hope to cut
through all of the ‘noise’ and grab your attention in a big way. Guerrilla
marketing harnesses the power of creative thinking, surreal moments, and original
ideas, all to beat the ‘big guys’ who have even bigger budgets.

While guerrilla marketing has traditionally been utilised by
small companies, even the biggest names in the business have turned to this
disruptive method to sell their brand. While a television advert campaign can
cost millions, and newspaper or Google ads can run into the hundreds of
thousands, guerrilla marketing campaigns that use some spray paint or a flash
mob cost pennies.

Here are 10 Guerrilla Marketing examples that brands big and small have used to great effect.

Graffiti and street art are a big business in many cities around the globe, inspiring tours, books, and apps galore. Brands and businesses of all kinds have noticed this, and a new wave of advertising companies will paint a ‘street art’ advert for your business. On the streets of London, companies like End of The Line have had great success painting walls for Netflix, while Global Street Art paints for Absolut, Burberry, and Swatch, to name a few.

Have you ever been walking down a busy city street and seen some strange markings on the pavement? Stencil graffiti uses stencils to stamp branded messages on the pavement, allowing companies to spread their message quickly and easily. These tend to be much smaller than a full wall mural, but can still catch the attention of pedestrians. Computer giant IBM used stencils on the streets of New York to push the Linux operating system.

Instead of adding paint, reverse stencils remove dirt or grime from a surface in order to reveal a branded message. With the help of Dutch company “Green Graffiti”, Puma has used this strategy in Manchester.

Flash mobs involve a group of people descending on a location at one time to perform a dance or other action at a specified date and time. They are visually captivating, and certainly get people’s attention! Beyonce used this technique in London, and T-Mobile arranged a flash mob in Liverpool.

Customised treasure hunts are a brilliant way for companies to engage their customers and reward their brand loyalty. Creating a hunt for a high value item energises audiences, and gets them sharing their involvement on social media. Samsung utilised this strategy in London, and it went ‘viral’ on Twitter.

Of course, everyone wants their video to ‘go viral’ – and there really is no magic formula to accomplish this. Sometimes the most basic and candid videos will explode online, while those with the highest production values go nowhere. The trick is to find the magic elements that make people want to share your video.

This method stretches the definition of ethics and morals in advertising. Undercover marketing is also called “stealth marketing,” in which hired plants act like peers and mix and mingle in with their target audience. Sony famously did this in 2002 when they hired actors to spread out through cities and ask strangers to take a photo of them with their Sony camera phone. They would then rave about their ‘amazing new camera.’

Stickers and poster printing have long been vital parts of the marketing world, but modern ad campaigns do things a little differently. Lynx Body Spray (called Axe in the US) used custom stickers attached to “exit man” signs, showing that the drawing was actually escaping from a crowd of women, not a fire!

Sure, brands have staged publicity stunts since time immemorial, but modern brands are very canny in their methods. Red Bull is a very notable example, as seen in their 2012 skydiving record. Of course, the king of the publicity stunt has to be Virgin’s Richard Branson!

Adding Subtle Touches to the Environment

By adding small hints and subtle reminders of a brand or business to the normal environment, companies can encourage people to buy their products. Guinness did this in a clever way when they added small custom wraps to pool cues in bars across the UK and the US.