10 billboard designs that have gone viral 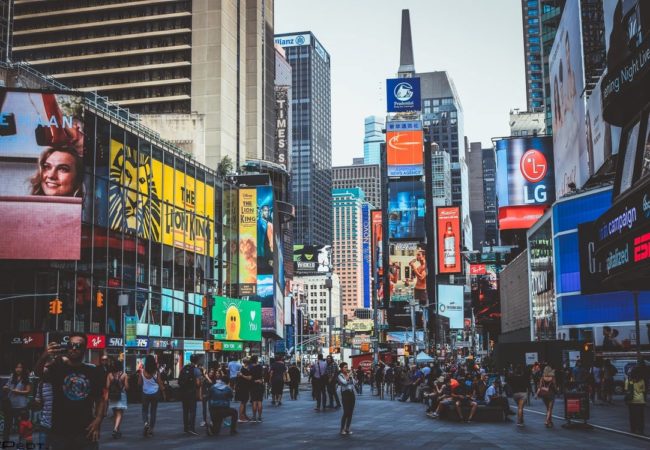 10 billboard designs that have gone viral

The ultimate achievement for a marketer is creating a design that is passed from person to person organically.  For instance, the message and pull power of the billboard adverts are such that people photograph them and pass them along on social media. Wallpaper printing is one of the most inexpensive printing options, as you generally only need a handful to achieve a broad reach.  The cost-effectiveness of this wallpaper printing becomes extraordinary if your billboard adverts go viral.

Here we look at ten designs that have gone viral. Within these designs might be the clues for how you could create your organic marketing triumph.

It might not surprise many when they hear that an underwear advert went viral.  The marketer has an obvious route to grabbing the attention of the passing driver.  However, this billboard advert was impressive because the woman in a slip would change when it rained.  As it rained, her slip becomes more and more transparent, and the Calvin Klein bra shows through.  Incredible right.  And viral after the first storm.

A New Zealand road safety campaign took this idea of a changing image when wet even further.  The point of the campaign was to advertise the increased dangers when driving in the rain.  When the billboard becomes wet from rain, the boy in the image begins to bleed red. Shocking, dramatic and it went viral.

Sometimes it is the concept that evokes a powerful response.  Here CNN: stories with the full background use and image of a gun that is connected to the image of an oil well.  The image of an oil well shows up because it seems like the surface layer has been ripped away to reveal its presence.  This visual metaphor of uncovering the truth behind the violence is apt and earned the marketer many shares for free.

The Day After Tomorrow

It is not necessarily the image that captures the attention but the spectacle of the placement of the advert.  In Mumbai, India, they advertised the disaster movie The Day After Tomorrow by placing the advert half-submerged in the ocean, with just the top of New York buildings poking above the surface.  Clever, right?

Another ingenious placement, another experience for the audience – Oldtimer Restaurants, was advertised with the mouth of a woman being the tunnel that drivers would enter.  If it makes you look, it has done its job.  The emotional experience of driving into a mouth is more than likely going to impact on the audience – and it did – as this billboard got a lot of attention for the Massachusetts-based restaurant.

Sometimes the billboard needs to extend outside itself to grab attention.  Woodland Climbing Shoes out the outline of a shoe on top of an advertisement with only a plain white background beneath and the logo.  A simple design but smart enough, with the boot climbing above its own billboard, to get the attention of the passers-by.

The advertising agency behind Mammoth went one stage further by having the image of a snowboarder in full trick suspended metres above the all-white billboard. Diving by, because the image of the man is outside the normal boundaries of the billboard, you simply must look.

A particular favourite use of objects beyond the edge of the billboard comes from Panasonic.  The advertisement for a nose hair trimmer had lots of wires coming from the nostrils of a cartoon man.  The impact is a vivid visualisation of the need for nose hair trimmers.  Bravo, we say.

It seems that a three-dimensional experience is all the rage in viral.  The Avera Health advertisement showed a car crash and a woman on a hospital gurney.  The tagline is Why I'm Alive.  The potent trick used by the advertiser to get attention was a simple smoke machine.  Where the smoking remains of the car ended in the image, the smoke was continued well into the sky.  Breaking the four walls of that billboard is always going to get people to catch a look.

Flashy additions to billboards might be one way to secure viral status, but sometimes good old' imagination has its place.  Situate an advertisement for hair dye on the top of a cliff where the sun will rise and at a slightly different angle, set. Then at night, there will be nothing but dark sky.  What is the effect of having a silhouette of a woman, her flowing hair cut out of the billboard? Nature changes the colour of her hair. Amazing.